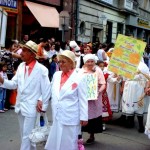 Political passions of the past ... and recurring ideas in costumes and colors ... To be continued. 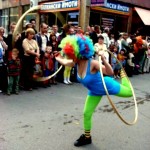 Flower fairy in the best time of the year! Coming up

A few years ago it happened with relatives Gabrovo region to tour with visits in Sevlievo, Gabrovo, museum and villages near by. We've all heard of the fame of the townsfolk and their specific humor, but I did not know that place traditional city carnival, the imagination and the colors are not missing! We stayed in a holiday [...] 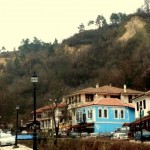 Happy to open the window all day today and I'm glad the February (still) winter Sun. In this Sunday lazy afternoon I decided to share some pictures from several southern Bulgarian destinations. Melnik is one of those charming small towns that rely almost entirely on tourism and sightseeing. And while it is [...] 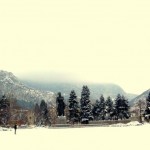 Here it comes time to spend some time in my hometown - lush and green Vratsa. Because you have my personal biases of the city and the mountain, it can not go a single post with the beauty of this place. Give you Vratsa town at the foot of the mountain in autumn and winter, when [...] 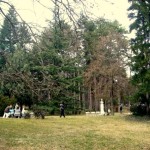 Back in my memories to share some pictures from this southern, warm city. Sandanski is situated at the foot of Pirin Mountain and is famous for its unique climate and mineral springs. And the further south you go, the more we feel the Greek mood slightly hinted Mediterranean climate, loose [...]

Wonderful centuries and European city with great history and glorious heroes. For Assembly can talk a lot, but that's not a history lesson. The city is great to walk at any time of year. Like the narrow streets, large green areas, low houses in the old style, and generally quiet [...] 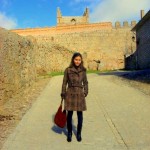 Avila is a city in Spain, capital of the homonymous province. Nowadays it is saved as a typical example of a medieval fortress village. Fortress walls of Avila in 1985 was declared World Heritage by UNESCO. Debt is more than 2.5 km and has 88 towers and 9 gates. During the Reconquista, [...] 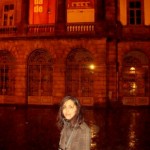 Porto (Portuguese Porto) is a city in northwest Portugal. It is known for the eponymous wine "port" (port). Together with Rotterdam was chosen as European Capital of Culture for 2001. We had the pleasure to visit in the winter of 2009 we arrived late at night and first impressions were quite freezing and .. moist. Located [...]

For a long time, my old dream was to see the ocean. No matter exactly where I love to watch the water, the great and glorious expanse. And my other dream was to see Portugal. A small part of the "end" of Europe, inexplicably so close and loving to my insights. Portugal ocean ... something that never [...]