for home food with love.

For several days I think to sit down and write something. But somehow I can not formulate scattered thoughts in my head and convince herself for a long time - they are so much written and so many people are already talking on veganism and food, what do I have to tell [... ] 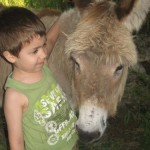 Hello, Today post about a noble and humane initiative that happens for the first time in Bulgaria. I wish them success! They are a non-profit "Friends of fours." Founders are the first center in Bulgaria for animals affected by human violence registered by decision N 6484 of [...] 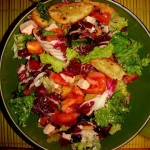 Published in cooperation with: Healing Center Vita Mores, Sveti Vlas - sustainable and healthy lifestyle www.vitamores.com Salads - Always start with the salad before the main meal. The presence of abundant enzyme structure triggers enzymes in the body and contributes to the breakdown of carbohydrates and proteins in the body. Salads should always be present in our daily [...]

Basic Rules for Healthy Eating I 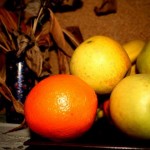 Published in cooperation with: Healing Center Vita Mores, Sveti Vlas - sustainable and healthy lifestyle www.vitamores.com Water - Water is the most important in the human body. The nearest water is close to the protoplasm as the composition of the body is water protievata *. Second in importance is the distilled water and the third is spring water. Water should always [...]

A different idea for summer vacation 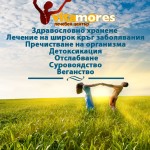 I'm glad when I learn that alternative ways of treatment and rest are becoming more widely used among a growing number of people. I'll admit I have a pretty low opinion of most so-called seaside resorts. Have not visit them because of kitsch in restaurants, the smell of sausages and fried fish, chalga, drunken stories discos, poor [...] 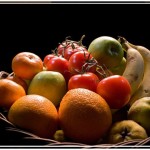 Often in the debate on food hear the statement: "Man is an omnivorous creature, and for centuries has eaten meat and animal products because it has survived the adverse conditions." Or something like: "People raise and kill animals for food and fur, when they are not in good conditions and no other [...] 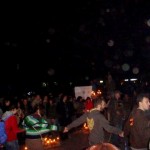 Although traditional event "Earth Hour" is held worldwide in March, seeing old photos I remembered the idea that every day we even have to remember the "hour" of the Earth. In other words, think about the small things that could become routine and bring [...]

ALBERT EINSTEIN (Albert Einstein, 1879-1955) - considered one of the greatest scientists of all time. Genius physicist - nobody but him, from Newton to the present day, it had such great progress in physics. At the beginning of the XX century, it turns fundamentally human concepts of the universe. Best known for his famous equation E = m.c2, [...] 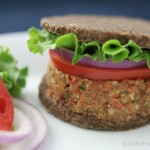 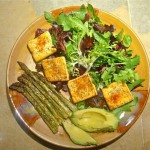 If you become a vegetarian for health, we'll find that there are a great additional benefit: a delicious and fun way to explore new foods. Vegetarian meal can be as familiar as spaghetti sauce, as comforting as a bowl of rich potato soup, or as exotic as Grilled Polenta with mushrooms. Most [...]